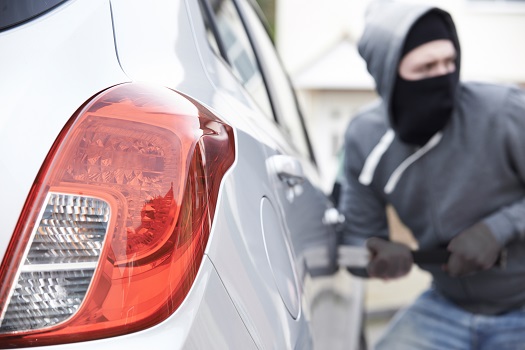 While fewer cars are being stolen each year in the United States, car theft remains a major problem. More than 700,000 vehicles were stolen in 2018, and, on average, more than 2,000 cars are stolen every day. Every driver should take this problem seriously, especially when deciding what new car to purchase. Some models are stolen much more often than others, both because they’re easy to steal and because their parts sell well on the black market. Here’s a general guide to which cars are easiest to steal, how this can affect the cost of your San Diego auto insurance.

The Easiest Cars to Steal

While you might think Jaguars or Lamborghinis would be the most frequently stolen cars in America, it’s actually the humble Honda Civic at the top of the list. Most thieves don’t steal cars to drive themselves but to sell the parts. The most popular car models are usually the most frequently stolen because their popularity increases the resale value of their parts on the black market, which is why the ubiquitous Honda Accord, the Ford full-size pickup, the Chevrolet pickup, and the Toyota Camry round out the top five on the list of stolen vehicles. Honda Accords and Ford pickups aren’t only popular but also notoriously easy to steal.

Why They’re Easy to Steal

The 1997 Honda Accord is the most frequently stolen car in America because of a fatal design flaw. As these cars age, the ignition becomes increasingly imprecise, meaning almost anything can be inserted and used to start the car. Ford pickups, meanwhile, are very easy to break into. Thieves only need a screwdriver and a bit of ingenuity to bust inside.

How This Affects Insurance Costs

Insurance companies carefully calculate risk before setting their rates. In the case of automobiles, a model that’s frequently stolen represents a greater risk, and therefore premiums for comprehensive coverage (which include theft) are higher for those models. Premiums can be especially high for frequently stolen models registered in an area with an especially high rate of auto theft.

What Can Be Done to Prevent Theft

While theft is always a possibility, there are several steps people can take to protect their cars from being stolen. The most obvious precautions are to never, ever leave the car running, even for a moment, and to always lock your car doors. Anti-theft systems, including car alarms, tire locks, and kill switches, are also a good idea. Also be careful about where you park your car, avoiding abandoned lots and choosing areas that are well lit and easily visible.

Make sure you’re adequately covered with auto insurance in the event your vehicle is stolen. Get in touch with Altra Insurance Services today to see if you need an updated policy. We are also a leading provider of reliable motorcycle and car insurance Chula Vista. Residents can get a free insurance quote by calling 619-474-6666 and speaking with one of our friendly and knowledgeable agents.