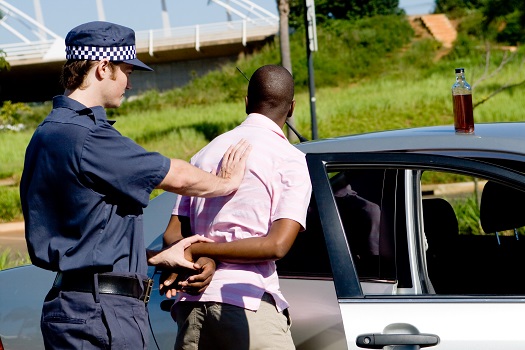 Over the 2018 Christmas holiday, the California Highway Patrol reported 57 arrests made for driving under the influence, and the California Office of Traffic Safety warned drivers that police officers were looking beyond impairment from liquor. Now that retail cannabis sales are licensed in the Golden State, high-visibility patrols and DUI enforcement operations have increased.

The likelihood of getting pulled over for suspicion of DUI is something all drivers should accept. Not all DUI cases will result in a conviction or suspension of driving privileges. Judicial and administrative processes must be followed, and the interactions between drivers and law enforcement when a vehicle is pulled over may influence the outcome of the case. With this in mind, here are the steps you should follow during a DUI stop.

Understand What Law Enforcement Agents Can Do

When police officers in California pull you over, they are in fact detaining you, which means you cannot just drive away. Keep in mind detention is not the same as arrest. Therefore, officers don’t have to read the Miranda warning, but they will try to ask questions that may lead to an arrest. More importantly, you should remember that being issued a California driver’s license enacts the implied consent law, which means you have no choice but to submit to chemical testing for liquor or other substances.

Law enforcement personnel tend to operate in a heightened state of suspicion and alertness. As such, they can come across as being rude when in fact they’re doing their jobs as they were trained to. It’s important that you be polite and follow the officer’s instructions without appearing to be hostile. The last thing you want is to prompt officers to escalate to the use of force, which may include weapons, just because you weren’t polite.

Keep Comments to Yourself

Police questioning tends to be incriminating because police officers aren’t on the side of drivers during DUI stops. You’re expected to pull over and provide your driver’s license, registration, and proof of auto insurance. San Diego drivers don’t have to answer questions they feel may lead to self-incrimination. There’s a chance you may be arrested for not cooperating with police, but this won’t have too much bearing on the actual DUI stop. What officers are trying to do with their questioning is get you to admit you’ve been drinking or consuming substances that may cause impairment. If you’re arrested, pay attention to the Miranda warning, because your right to remain silent is protected by the Constitution.

If your detention extends beyond the review of license, insurance, and registration, officers may persuade you to submit to preliminary alcohol screening or field sobriety testing. At this point, you can ask permission to use your smartphone to contact a lawyer. While this may cause officers to rush into the chemical testing stage, which you cannot refuse, your attorney will know what is happening and may start preparing a bail strategy along with an argument that suggests your arrest was hurried after consulting with a legal professional.

The most important thing for drivers to remember is if you’ve consumed any kind of substance that impairs your ability to drive safely, don’t get behind the wheel. If you do get pulled over for suspected DUI, follow the suggestions above to ensure the best outcome. Drivers who need reasonably priced, dependable car or motorcycle insurance San Diego can call on the professionals at Altra Insurance Services. We also offer several other types of coverage, including homeowners and business insurance. For a free quote, call one of our friendly representatives today at (800) 719-9972.