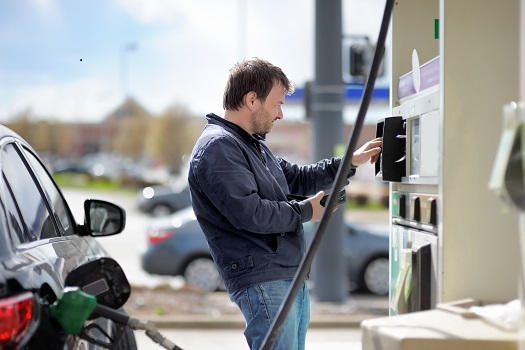 Shortly after Memorial Day 2019, drivers in certain parts of Texas were delighted to find their local fueling stations selling regular unleaded gasoline at just $2.00 per gallon, a price that was $0.37 lower on a year-over-year basis. In Southern California, gas prices were closer to $3.60 per gallon, but that was still better than the $4.36 average in 2012. The price of gasoline varies greatly around the world. For example, drivers in Hong Kong paid $8.00 per gallon, while in the Netherlands, prices were higher than $6.82 per gallon. Gasoline is a commodity that’s subject to fluctuations in supply and demand, but there are other factors that determine its pricing.

In the United States, gas station operators pay close attention to seasonal climate conditions and how they impact drivers. In many regions of the Midwest, the spring of 2019 saw wintry conditions that kept many drivers at home, thus decreasing demand and prompting gas stations to reduce prices by a few pennies. Once Americans start taking summer road trips, demand increases, thus resulting in higher gas prices. It should be noted that extended periods of affordable gasoline have an impact on premiums for auto insurance San Diego and cities all across the country see more cars on the road, invariably leading to an increase in traffic accidents. Insurance actuaries and underwriters see higher risks and adjust premium rates accordingly.

Gasoline tends to be more expensive at the fancier stations located in areas with high costs of living. Fueling stations that sell craft beer, gourmet snacks, and Starbucks coffee often pass their operational costs on to drivers.

Crude oil prices play a major factor in the pricing of gasoline and diesel at the pump, and this is in turn impacted by geopolitical affairs. Whenever turmoil affects the major oil-producing regions, crude oil prices rise. For example, tensions between the U.S. and Iran are believed to have motivated attacks on oil tankers operating in the Persian Gulf. Oil pipeline networks in Saudi Arabia have come under attack by drones carrying explosives, and the civil war in Yemen shows no signs of abating. There’s also the chaotic political situation in Venezuela to consider. These are all factors that affect gasoline prices.

Gasoline is one of the easiest commodities to tax, even more so than coffee and sugar, which is why you see such high gasoline prices in places such as Norway, a major oil producer. As for trade agreements, more than 50 percent of the crude oil imported by the U.S. comes from Canada and Mexico, two nations that have been at odds with the Trump administration with regard to cross-border commerce. Finally, the cost of refining crude oil into gasoline also comes into play, which may in turn be affected by industrial competition, labor disputes, and environmental issues.

No matter how much the price of gas rises, car-loving Americans are unlikely to stop driving, so it’s vital to have dependable car insurance. For affordable, reliable auto coverage, call on the trustworthy team from Altra Insurance Services. We also provide high-quality motorcycle, homeowners, and business insurance San Diego. Local residents can get a free quote by giving us a call at 619-474-6666.