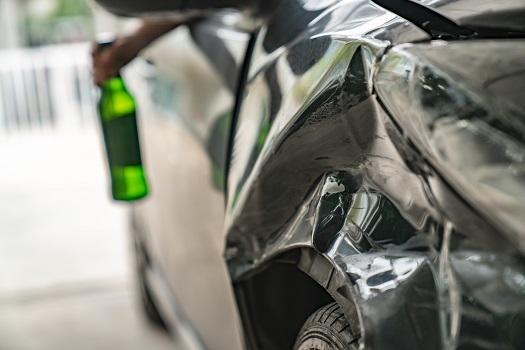 In May 2018, researchers from the University of California Davis along with a group of law firms reported that the number of arrests for drinking and driving incidents had decreased in major cities across the Golden State. A significant decrease has taken place in San Diego, where DUI arrests have dropped by 32 percent over the last two years. There is a strong correlation between the lower DUI rates and the rise of personal transportation services such as Uber and Lyft in California. However, the fact remains that driving in this state is a way of life, which is why San Diego auto insurance regulators have a process in place for drivers who have been convicted of drunk driving.

What Happens to Your Auto Insurance Policy After a DUI

You don’t have to worry about your auto insurance getting cancelled or your premiums suddenly rising after a DUI arrest, even if you’re convicted. The rules in California direct insurers to keep policies in effect and not raise premiums during the term of coverage. However, after a DUI conviction, you’ll likely face higher premiums and some difficulties in getting insured because your risk profile has effectively increased.

Insurance Coverage After a DUI

There’s a chance your insurance company will choose to drop coverage after your policy comes to the end of its term. If this doesn’t happen, the choice of staying with the same company is up to you, which is something you can discuss with your insurance agent. You don’t have to report a DUI conviction to your insurer unless you see a question about it on an application form. There will always be insurance companies willing to work with you.

Depending on the circumstances of your DUI, the California Department of Motor Vehicles may require you to get a form SR22 from an insurance company to keep your driver’s license from getting suspended. You don’t have to present this form, which serves as proof of insurance and financial responsibility, to the DMV. The insurance company will transmit it electronically. If you drive a car that isn’t in your name, the SR22 will reflect this information.

If the insurance company that covered you during the DUI will not issue a new policy after the term comes to an end, you can ask your insurance agent about the CAARP. The premiums under this state program will be higher, but you’ll be able to get a form SR22 as well an auto insurance policy. Keep in mind that moving out of state will not remove the SR22 requirement from your record, which means you need to get a state-specific SR22 if you wish to get a license and continue driving.

If you have a DUI and need reliable auto insurance, get in touch with Altra Insurance Services. Car insurance isn’t all we provide. We also offer home and commercial insurance as well as surety bonds. San Diego residents can call (800) 719-9972 today to receive a free quote from one of our friendly agents.