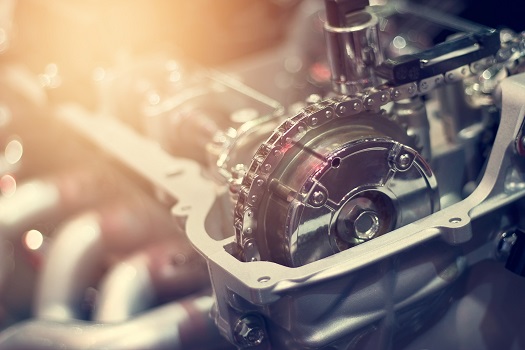 It would be great if your vehicle was always safe from thieves. Unfortunately, this isn’t always the case. In fact, there are times when you may find certain parts on your car have been stolen, which could impact the price you pay for auto insurance. And if we’re talking about professional “scavengers,” there’s often an effort made to take parts that are valuable. Below, we take a moment to go over the car parts that tend to be worth money to thieves.

Not surprisingly, the engine of a car has the most value. Replacing an engine can range from around $4,000 to nearly $10,000 or even more. On a side note, costs to replace the engines in electric cars are a bit less than the range we just stated for standard vehicles.

One thing that’s not cheaper on an electric car is the battery. This is why it’s highly sought after by thieves looking to fetch a pretty penny quickly. The average battery replacement cost for an electric car ranges anywhere from around $5,500 to as much as $16,000 for some vehicles.

According to Pinestcars.com, the auto transmission market is expected to be worth around $130 billion by the late 2020s. This essential part keeps your vehicle running, and it can definitely be worth some serious bucks if thieves can actually remove it. The average cost to replace a transmission is around $2,500 to $3,000, although costs could be higher for some cars.

This is the car part that removes harmful gasses and other impurities from your vehicle’s exhaust. The replacement cost for this particular part is around $2,000, so it’s absolutely worth something to car thieves.

Even with today’s smartphone technology, in-vehicle GPS systems can still be worth something to thieves. They’re also appealing to buyers in certain markets because new GPS systems have an assortment of features that add to their value.

Some car thieves prefer to go for what’s easiest to take without too much time and effort so they can avoid detection as much as possible. This is why it’s not unusual for car thieves looking to grab and go to take fenders, bumpers, and even car doors. Depending on the make and model of the vehicle, these parts can bring in some serious money. For example, bumpers have an average replacement cost ranging from $800 to $2,000.

These appealing vehicle features typically include various audio and video components. It can be somewhat difficult to quickly remove an entire in-vehicle entertainment system. However, even certain components of a system can be worth a lot, depending on what’s taken and how usable it is. According to Carfax.com., the average cost of replacing an in-vehicle entertainment system is anywhere from $1,500 to more than $2,000.

Whether you need reliable, affordable auto coverage or dependable business, homeowners, or renters insurance, turn to Altra Insurance Services. For high-quality coverage and outstanding customer service, reach out to our experienced agents. Give us a call today at (619) 404-6311 to learn how you can save money on all your insurance needs.