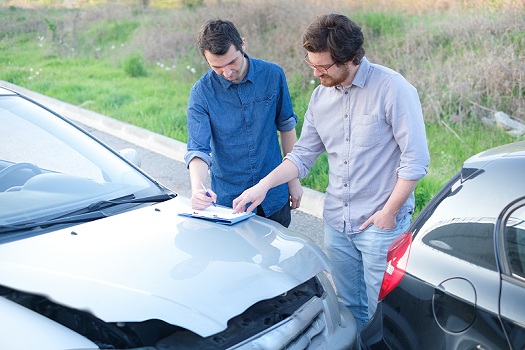 After you’ve been in a car accident, you’ll likely find yourself needing to explain what happened to various people. Law enforcement officers frequently arrive at the scene of an accident to gather information for the police report. You’ll also need to reach out to your seguro de auto San Diego company to let them know the details regarding what led up to the accident along with the types of damage and injuries that occurred. Knowing how to describe the accident helps you handle the situation in the best way possible.

Emotions tend to run high after a vehicle collision, and it’s normal to feel scared or even angry. However, being too emotional could cause you to leave out important information. Or the person hearing your description might get the wrong idea about what happened. It’s perfectly fine to ask a law enforcement officer or claims agent to let you take a moment to collect your thoughts. Being able to think clearly will help you give an accurate statement that’s easier for the other people involved to understand.

Focus on the Basic Facts

During these early conversations, avoid trying to cast blame on the other people who were in the accident. Instead, provide the facts and let the listener come to his or her own conclusions. Start by providing basic information, such as who was involved in the accident along with the time and date. You can then move on to share other details that piece together what happened, such as which side of the street you were on and any things you noticed before the collision. For example, you might say you noticed there was a large object in the road right before the other car swerved to avoid it.

Let the insurance agent know about any damage that resulted from the accident. If you went to the doctor and received a diagnosis, provide information about the date you received medical care along with the name of the doctor you saw and information about the facility you visited. Explain any damage that occurred to your car, such as a dent or broken part.

Memories can get hazy pretty quickly after you’ve been through a stressful situation. Try to write down the details of the accident as soon as possible so you don’t forget them. Having a written statement of your experience gives you something to refer to if someone asks you a question and you’re not sure of the answer. This also helps you keep your mind focused on providing an objective statement.

Use Photos or Videos to Support Your Statements

Images are great for showing what really happened, especially when you and the other people involved might have different memories of the series of events that led up to the accident. If you have photos or videos, let the person you’re talking to know. The individual will likely want to use them to complete the investigation into what happened.