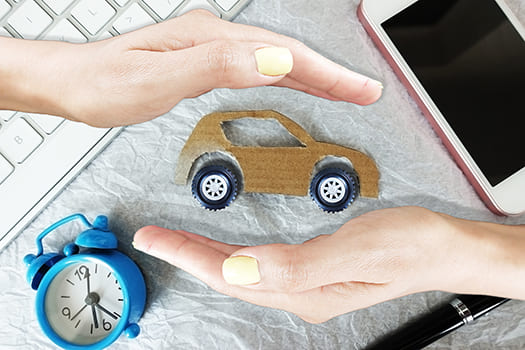 The type of vehicle you drive and your driving record matter, but age remains one of the biggest general factors affecting how much you’ll pay for San Diego car insurance premiums. No matter which insurer you get a quote from, you’ll very likely pay significantly more if you fall in certain age groups that insurers consider high-risk. Let’s explore why this is the case and at what ages you can expect your auto insurance premiums to be at their lowest and highest.

You might assume teen drivers would have the lowest insurance costs because they’re new drivers with clean slates, but that’s far from the case. Insurers don’t consider being a new driver a positive attribute.

Teens and new drivers typically pay the most for insurance premiums. The amount varies by state, gender, and whether the teen is obtaining his or her own policy or being added to a parent’s policy. According to a Quadrant Information Services study, parents can expect an average premium increase of more than 80 percent when adding teen drivers to their policies.

By age 20, car insurance rates begin to drop for those who’ve been insured for several years and haven’t had any accidents or traffic violations. However, this drop only equates to minimal savings.

By age 25, age starts to make significant dents in premiums, and those premiums are likely to be cut by half by the time you’re 30 years old if you maintain a clean driving record. This is considered the golden period of auto insurance premiums.

In your mid-sixties, your auto insurance premiums could hit reverse. The savings you enjoyed as a middle-aged driver can be slashed as you see your premiums slowly rise each year. This is particularly the case if you happen to get a traffic violation, have an auto accident, or live in a state that doesn’t mandate drivers over 55 years old be given discounts for completing driver safety courses.

For auto insurers, premium quotes are directly related to the risk they assume when they insure drivers. According to research, teens are the riskiest to insure, and they pay for it in higher premiums.

The IIHS (Insurance Institute for Highway Safety) and the HLDI (Highway Loss Data Institute) have collected a plethora of data explaining why younger drivers are riskier, including:

• Per mile driven, teen drivers are four times as likely to crash than drivers over the age of 20 due to inexperience and risky habits
• Auto crashes are one of the leading causes of death for those aged 13 to 19
• Young drivers tend to overestimate their driving abilities and underestimate road hazards
• Compared to middle-aged drivers, teens are more likely to drive older vehicles without key safety features and/or less safe smaller vehicles

Age brings about many physical and cognitive changes that can influence a driver’s abilities, such as vision and hearing loss, cognitive decline, and slower reflexes. People of this age are also most likely to take medications that can impair driving abilities. Plus, the body generally becomes frailer with age, which means graver injuries during accidents and more involved and expensive treatment for seniors. According to data from the CDC, the risk of injury or death during a motor vehicle accident is higher for senior drivers than middle-aged drivers.

Statistical data shows middle-aged people are the most safe and experienced drivers, which means they’re the least risky to insure. Middle-aged drivers are generally in relatively good health and have the experience to know their driving limitations and be cognizant of road hazards. They’re also most likely to have newer family-style vehicles with key safety features.

For a detailed personalized quote on auto insurance, contact your insurance agent. If you’re looking for reliable car insurance and high-quality service, call on the trustworthy agents from Altra Insurance Services. We also provide dependable renters, homeowners, and motorcycle insurance. San Diego drivers of all ages should give us a call today at 619-474-6666.